Waterless and the Environment

We know that conventional printing is degrading our environment around the world. In an era when we are all concerned with clean air, a clean and adequate water supply, forest conservation and safe working conditions, the paper and printing industry has been specifically called out for its negative impact on some parts of the world.

Waterless printers, however, are winning national and international environmental awards in recognition of their high environmental standards. Many have received ISO 14001 certification for their environmental management programs.

A major advantage of waterless printing is the elimination of volatile organic compounds (VOCs) from the printing process. VOCs are a major pollutant; some have been linked to the deterioration of the earth's protective ozone layer and, consequently, to global warming.

The invention of water-washable inks has allowed the waterless pressroom to be virtually VOC-free. This revolutionary ink technology eliminates the need for solvent-based press and blanket wash solutions, which typically account for a large portion of a printer's VOC output. The press wash solution is 93 percent water and 7 percent mild surfactant (soap), with the ultimate goal of a 100 percent water-washable product.

Water-washable inks also have economic implications for some printers, as the elimination of pressroom VOCs may result in expansion opportunities that were previously limited due to emission restrictions.

In 1995, 92 percent of the global population had a sufficient supply of water. If the world continues to consume water at its current rate, however, it is projected that water sufficiency will be only 58 percent by 2050. Some believe that nations will go to war over water supplies within the next two decades.

Waterless printers have been able to dramatically reduce water consumption. For example, a printer in Switzerland, operating one of the world's first waterless web presses, eliminated the use of approximately 250,000 liters (about 66,000 gallons) of water in one year. That water would normally have come from a nearby lake, which is a source of drinking water for tens of thousands of people. 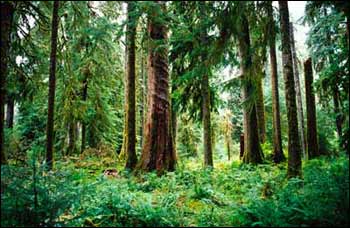 The pulp and paper industry, which supplies the printing industry, uses a large portion of all the trees logged, about 30 percent. For example, it takes 17 pulpwood, market-sized trees to make a ton (907 kg) of paper. That’s barely enough to provide a daily newspaper to 20 people for a year. Besides depleting the supply of trees, deforestation destroys the natural habitats of countless animals and plants, one of which may hold the secret to curing cancer.

Waterless presses are much more efficient in paper use than conventional printing. They come up to color and register much faster, and hold those consistently throughout the press run, meaning that they save paper – savings of up to 40 percent have been reported. In addition to saving trees, this represents a significant economic benefit in manufacturing and paper cost savings.

Those working as printers inhale organic solvents all day long. As reported in the November/December 1998 premier issue of the Environmental Print Journal, the undisputed effects of occupational exposure to organic solvents include damage to liver, kidneys and lungs, degreasing of the skin and dermatitis, mild and reversible effects on the nervous system and more severe effects from large acute exposure. Exposure is highest when printers clean the printing machines with highly volatile organic solvents and that exposure increases where alcohol dampening is used.

In waterless printing, the removal of dampening from the press and the elimination of the toxic substances found in blanket wash solutions greatly reduces printers’ expose, while at the same time easing the burden on our air, soil and water.